The WRRC’s 2021 Arroyo reported on promising solutions to water supply issues and recent news reports update that information. The Arroyo stated that the Town of Payson, working with the Salt River Project, built infrastructure to take water from C.C. Cragin Reservoir, 25 miles north of the town, for delivery to its water supply system. Up to the time of publication, “[t]he reservoir typically has filled to capacity each winter.” This winter, however, only about half of normal precipitation fell in the watershed, leaving the 15,000 acre-foot reservoir only 29% full by the end of the spring runoff season. As a result, Payson will receive roughly one-fifth of its normal delivery from the reservoir and will have to rely on groundwater for the rest of its average 2,000 acre-feet annual demand.
Meanwhile, some progress is being made on the $200 million rural water system that is part of the water settlement and quantification act allocating “approximately 99,000 acre-feet of maximum annual diversion … from the Salt River system to the [White Mountain Apache] Tribe.” The Arroyo included a US Bureau of Reclamation (Reclamation) map showing the proposed location of the water system project’s reservoir, treatment plant, and pipeline. Now, Reclamation, the Bureau of Indian Affairs, the US Army Corps of Engineers, and the Tribe are cooperating to prepare an Environmental Impact Statement (EIS) to evaluate the environmental impacts of project construction and operation. The EIS Scoping closes on May 19, and the Draft EIS, Public Comment Period, and Final EIS should be concluded by the end of 2022. Construction is scheduled for 2024-2027. Reclamation will operate the system for 3 years, after which the Tribe would own, operate, and maintain the system.
Photo: C.C. Cragin dam and reservoir, Source ADWR

Engagement
May 21, 2021
How Does Water Rule Your World?
“Move this longer pump over here”…“Add this to make the reservoir higher”…“Okay, let’s try it!” It’s not hard to imagine how excited students get when they’re using their hands and heads to solve a problem. In this case, the problem is how to deliver water 336 miles across the desert and up in elevation almost 2,900 feet. In the Pump it Up lesson, they build a model of the Central Arizona Project aqueduct, which brings water all the way from the Colorado River to the Tucson region.
Read More

A new documentary, “Working Together for a Better Future,” highlights the efforts of the Water Access Coordination Group (WACG) to provide water services to the Navajo Nation. Created in April 2020

May 07, 2021
Summary of Impacts of Baseflow and Flooding on Microplastic Pollution in an Effluent-Dependent Arid Land River in the USA 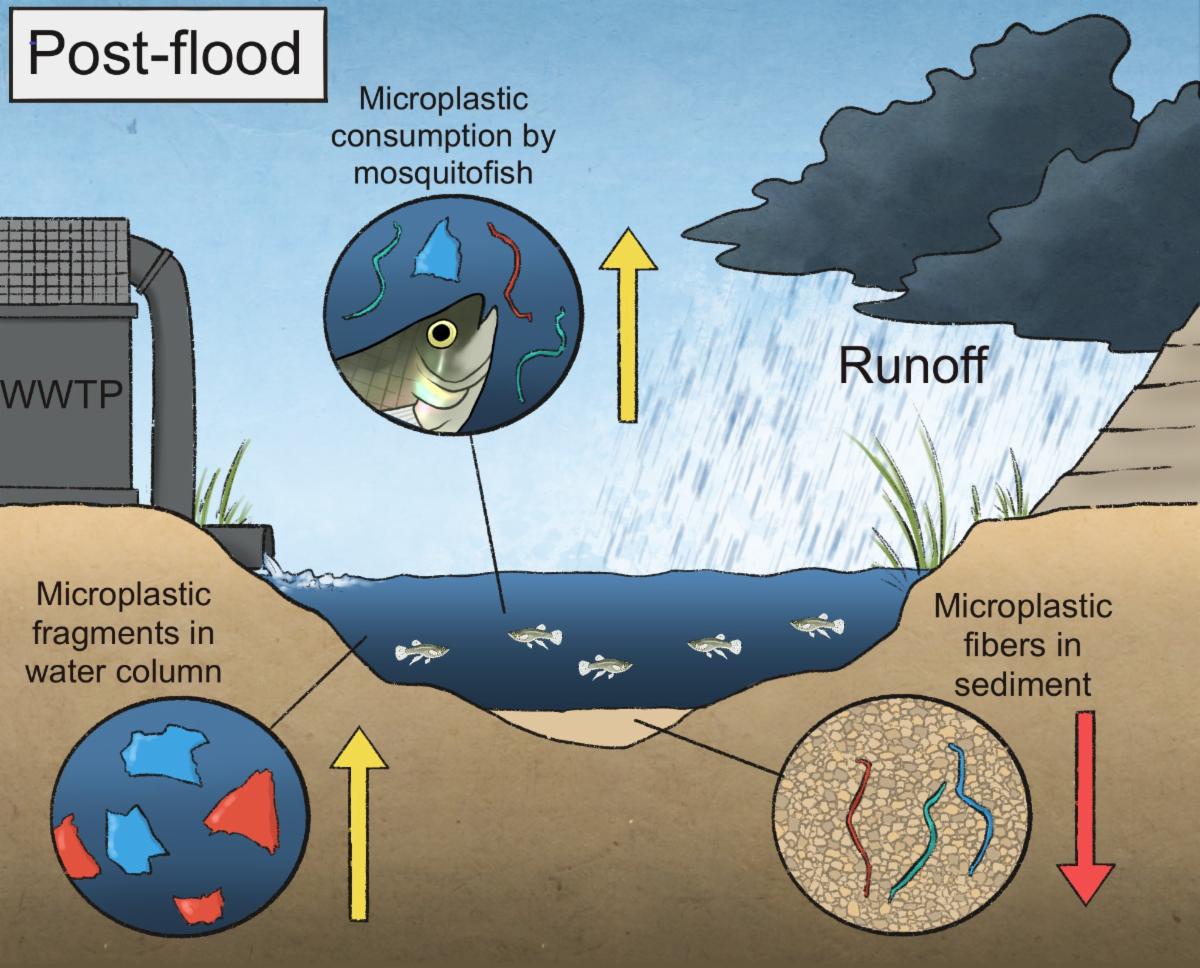